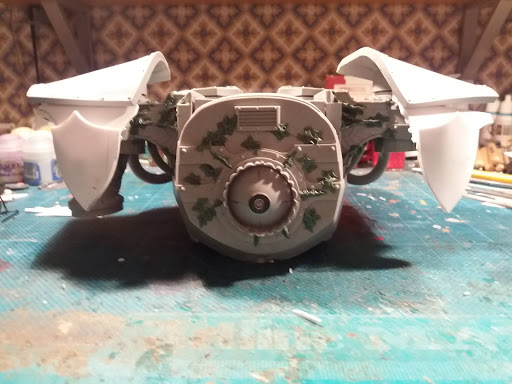 The Easter Week was spend as a mix of eating nice food, working in the garden and some hobbying. I continued the work on the desert rats but did not manage to finish anything, just got the bikes base painted and got started on the riders but there is where I got stuck. 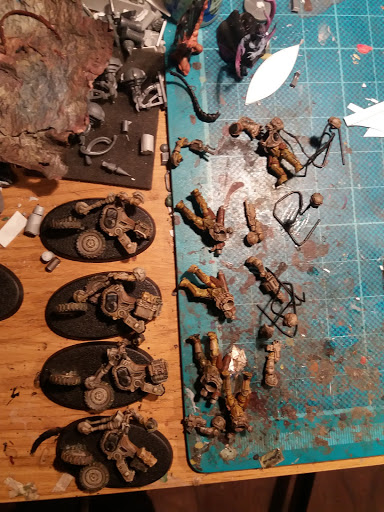 Instead I got inspired to work on Fenrir, mostly green stuff and some plasticard work. Basically I am now finished with the modifications to the torso, just need to dial in the hoses that are now running from the reactor housings to the shoulders (instead of to the weapons). There are some minor details left to do on the rear parts to tie in the tail to the rest of the protruding bones. 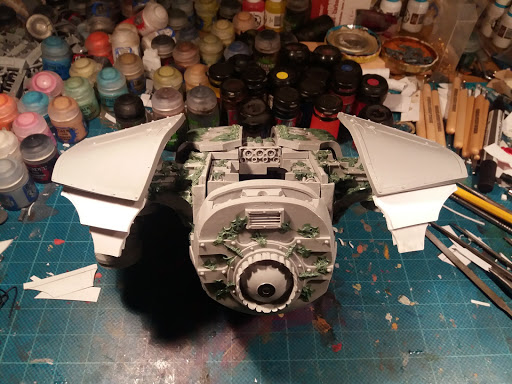 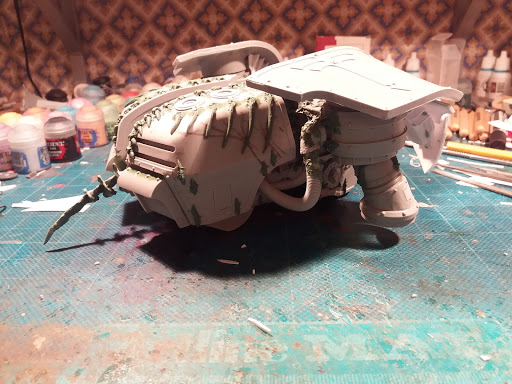 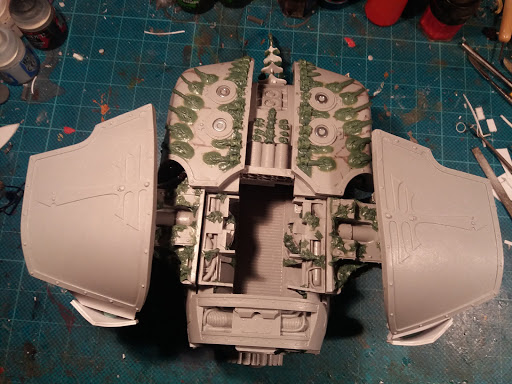 I also fixed the attachment points for the shoulder plates and stared to construct some plasticard extra armour and heraldic shields. Basically I wanted to add some armor to the front of the shoulder to protect the shoulders and arms from frontal fire (and make it more in line with current titan designs). I went with some overlapping plates mounted below the main shoulder plate. I also made two shields that will be attached to the bottom armour plate. To hold everything in place I made to curved beams attached to the underside of the shoulder plate that the rest of the armour will be attached to. Once I have detailed it a bit I will go over it with green stuff to blend it into the existing resin parts. 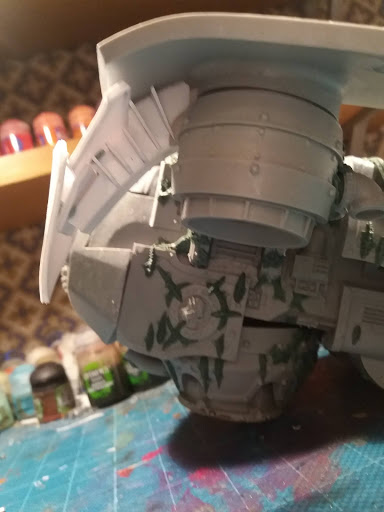 Then I got the idea of sculpting a 3D demon face breaking through the knee armour. For Varangina I made something similar to what is originally on the Chaos Reaver kit but since I have made a lot of bone protruding through the armour of Fenrir I wanted the face to be more 3D. The skull is sculped in 6 stages so that the bottom structures are cured before adding on them and building up the structure. All in all I am very pleased with how it turned out and I am really excited about getting it painted. 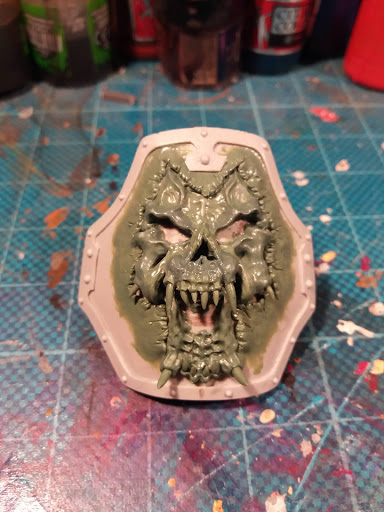 Well, not the much that got done this week/weeks but I am getting close to get Fenrir's body done.
Upplagd av Agis kl. 12:44