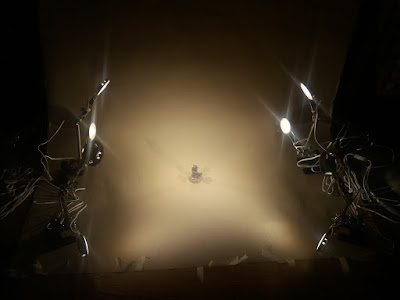 As some of you might have noticed I have had some problems with the lighting of my models as I takes photos for this blog. This is some parts due to the facts that a large part of the year there is no natural light in the evenings (after work) when I do most of my hobbying. So for some time I have though about getting a light box or something that will illuminate the models a bit better. I have not be quite sure how to go about it though, one thought that occurred quite early was to use multiple light sources in the form of diode spotlights from shelf lighting to get light from all angles. IKEA has a number of these for affordable prices and I when for two of the "Ledberg" sets that contains four sources each. Once I had eight lamps I just needed to figure out how to hold them in place. I thought about making some stands out of wood, but that limited my ability to position the lights for different models. In the end I stumbled over a soldering frame that is used to hold the cables etc when soldering. I removed the looking glass that came with the set and mounted the light disks in the pincers. Then I pulled out some random models from the cabinet and tried some shoots with my mobile. I think the lighting is better than on the original posts of the models but I still need to learn how to best point the lights to get good pictures (and get the focus right). So it is better but there is still room for improvements, both to the positioning and to the light rig itself, but it is a start at least. 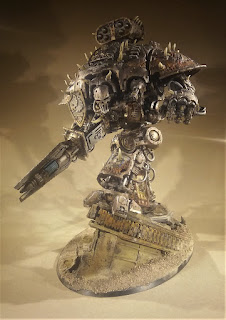 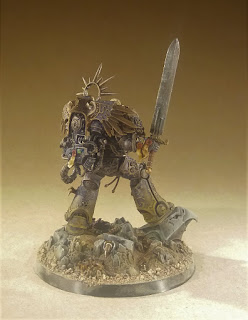 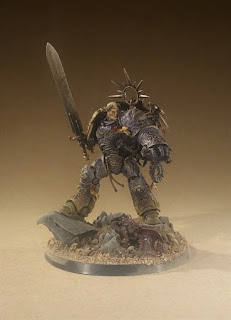 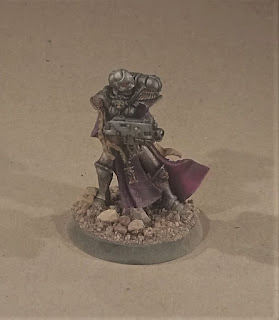 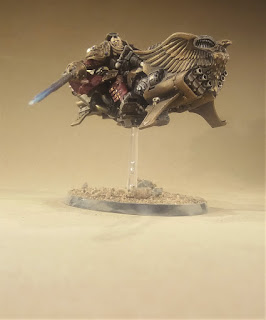 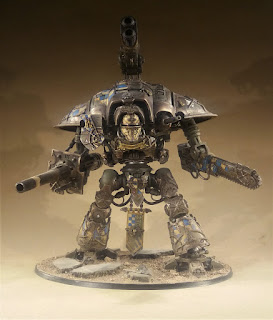 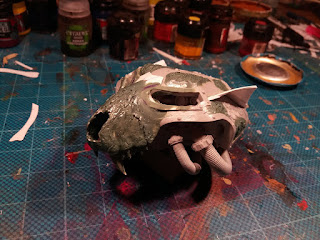 I have not done much this week as I have been traveling with work again, and since it is so warm I have also done some garden work instead of working on my titans. I have only managed to add the bone to the snout and started on the edges were the armor is pealing back. All in all I am happy with how it is coming along. Once these base layers are done I will re-sculpt the armor trim and details before adding the normal chaosifications. Then I think I am going to paint the head as soon as it is done, before doing anything else to the rest of the body , just to see that the concept works. 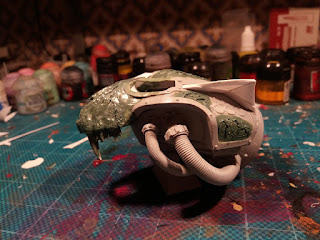 As if I did not have enough projects going, Fenrir... initial concept 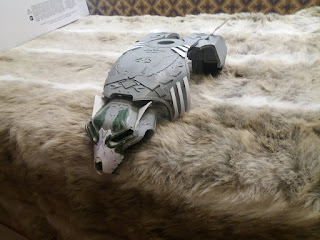 Over the last couple of weeks I have bathed and started cleaning up my new Reaver titan. This will together with Varangian and my Warbringer make up the second titan maniple of the Northern Ghosts (it will actually be the first maniple as it contains Varangian). To keep with the Norse theme of the Northern Ghosts I named the Reaver Fenrir and the Warbringer Surtr (if I ever get another battle titan it will be named Jormungandr, but that is for another time).

The basic idea with Fenrir is a zombie wolf where the armor is falling of in stripes reveling bone etc beneath. First I will be to try changing the head into a wolfs head and then zombiefy it a bit as well as adding my usual chaos growths. The main back carapace will  have ribs breaking through the sides as well as the back. On the reactor cowlings I will make some hipbones sticking out as wings around the voild shield projectors. It will look a bit like an overgrown chaos Warhound as the structure of the body actually is quite similar. So far I have not gotten the far but at least it is a start. 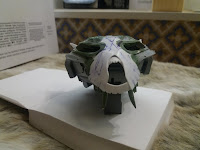 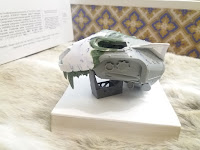 It is strange, this thing with vacation. Before you go on vacation, you have all these plans of what to do with all that free time. But then the holidays are over and it is time to go back to work and you have not even done more than you would have done any other day. So were does all the time go?

My plans for Christmas were to get a bunch of sisters painted at the same time that I finished of the GS work on my Knight baron as well as wrapped up the last Dominus knight. That and get going on my next Titan, Fenrir. But as the dust settles and things are coming to an end I only have a few models to show of and not much else... and I have no idea of what I did with all that time. 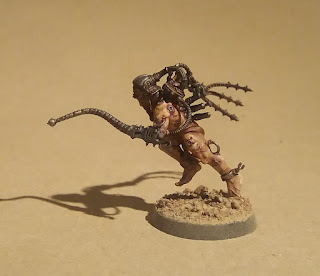 But at least I got somethings done. First of is one of the Archoflagelants from the sisters box as well as a sister repentia. The flagelant is a nice model, inline with the dark and bizarre imperium, the essence of 40k. a bit tricky to paint if done in one assembly but probably doable (I did it in parts, leaving the arms separate). I went for a mid range skin tone with slightly bruised colors around the implants and ports. The little clothing he has was painted to look like brown leather. Not a super advanced job so it did not take to long. This is a mono pose and the first of the doublet in the set so I will see if I try to do something else whit the other one. 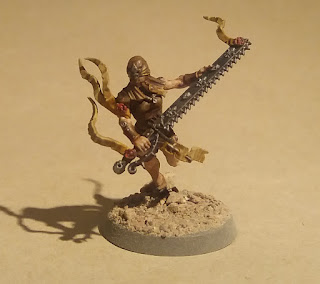 Then we have the repentia... and I do not get this model. I sort of understand why it looks like it does but I still do not get it. The old models were a bit on the skimpy side (mostly at the top) and I suppose GW had to tone it down but it could have been done in a better way. Just adding the top and keeping the skirts would have been enough and would have been in line with the rest of the sisters.
The new models look like some female Catachans with a large sword. The tank-top and hot-pants are a break in the aesthetics of the army. There are also some fluff reasons that I think should have been better represented in the model. The whole point of the repentia is that they seek absolution through battle, where they seek to put themselves in a situation were the emperor needs to intervene for them to survive. In this spirit the choice of clothing or paraphernalia should be a hindrance to their capabilities rather then just going into battle without your armor. Because if your point is just to fight until you die you can as well keep the armor on, like the Blood Angels death company, and kill as many enemies as possible before you bite it.
Apart from the design choices the model is ok. I am not sure why they have input ports on their arms and legs as they do not have a black carapace to interface with their power armor, but it looks good and makes for an opportunity to get some break from the skin tones. For the repentia I choose a similar color scheme as for the the flagelant as the repentia is more or less a voluntary flagelant. 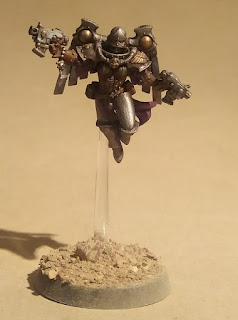 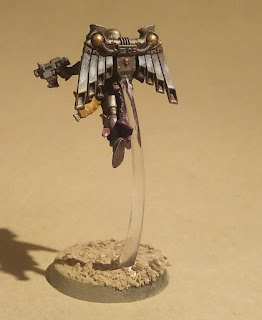 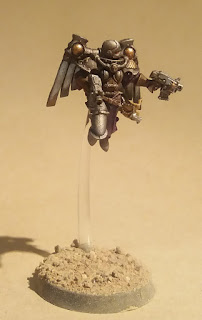 Lastly we have two Seraphim. The models look good and are in line with the normal sisters so I can not say much about that. The colors are similar to what I did for the standard sisters. I made the thrusters/wings of the jump pack in the same blue white colors that I use for the weapons but otherwise it is silver and purple robes (though that is hard to see with this lighting). I do like the new jump stands and that they are attached to the jump pack and not the model. There have been some catastrophic designs whit the stand attaching at in appropriate places but this is fine.

Next up are some Custodes...  and perhaps some WIPs of the knights and titan.
Upplagd av Agis kl. 15:15 Inga kommentarer: