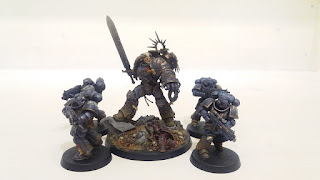 This is a model I have had for some time now and since it is the holidays I thought would treat my self to something special. Guilliman was easy to assemble and did not consist of too many parts. However, there were once again some effects that was a bit disturbing. I have seen others clean up the sword and remove the flames with good effect so I tried this. It turned out that it was a bit harder than I thought to get the blade smooth afterwards but it is what it is. The brazers were easier to fix as I just skipped them. I also shaved down the jawbones a bit on the head, making it look a bit less cartoonish. I am not sure that this comes across as the neck of the model is still way to broad. It also looks like it is just a mask over a metal skeleton the way the skin wraps over the neck pistons etc. 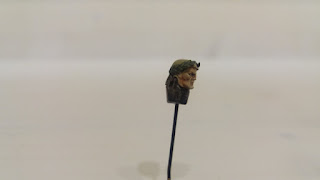 I did the paint in the same way as the rest of my smurfs, starting out with a deep blue, and adding metallic drybrushing, watered down blues and more metal drybrushing. It is a really fast way of painting and it gives a really nice finish. After this is was just to add some details etc and the main body was done. The back piece and shoulder that is a solid gold got painted separately together with the sword. For the sword I first tried a bold version but it did not look good so I went with a more traditional white metal instead.

The base was really nice to paint. A lot of detail but it worked really well with drybrushing. The fallen chaos marine got a version of pink armor that I really like. If I did not already have to many models I might be tempted to paint a squad of these. 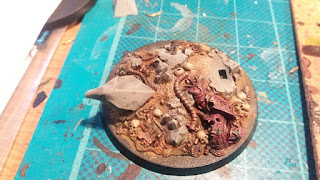 All in all, a quick project, almost speed painting compared to my usuall pace. I hope you like my take on the imperial 40k posterboy. 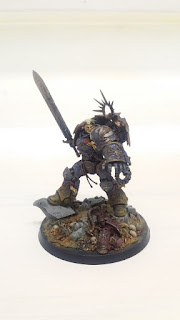 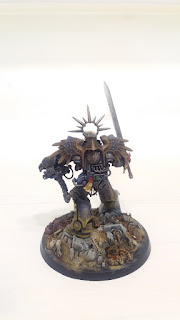 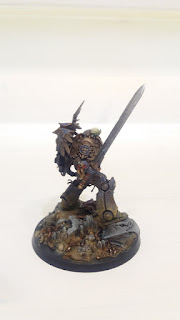 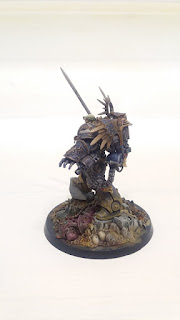 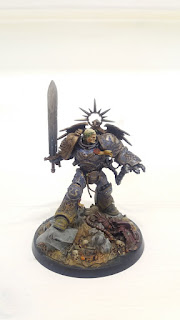 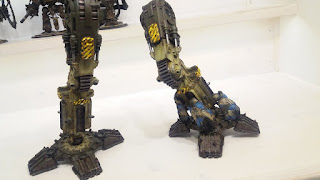 Hello, if there is still any one coming here. I have not been as diligent in updating this blogg lately so I understand if there are not that many of you. This autumn has been though and it has been hard to find time and motivation to paint.
I do however get a sprint in now and then painting the odd figure here and there. One of my big regrets is that I have difficulties making progress on the Varangian. This is a lovely model, and it is fun when I get the time to sit down, but progress is slow as the model is huge and there are tones of detail everywhere, so it is hard to finish anything. But I am sure that I will eventually finish it of. The near goal is to finish the legs and the base. I just need to the toe pistons and attach the legs to the base and the pelvis. Each legs is painted as six different parts, each having the traditional base paint, ink, three layer dry brush, ink, three layer drybrush, sponge weathering and painted brush painted rust. The same goes for the toe pistons and everything else. Then I add the meal work in the same fashion, so it is not so strange that it takes time. Since I am not done with this yet I show some WIP pics to give you some insight to the progress at least.  The toe pistons in the pics still need all the metalwork done. Then there are four more to do.

Well there is not much more to show at the moment. 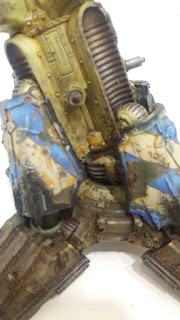 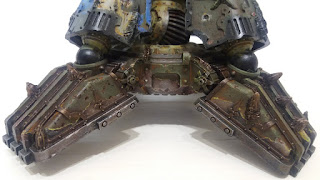 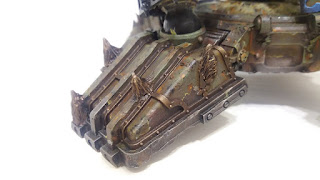 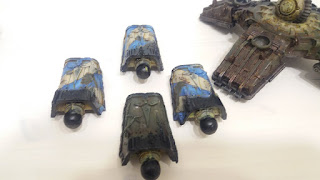 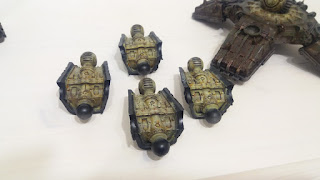