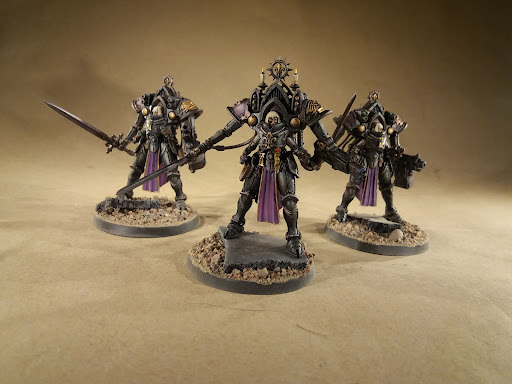 This week my sisters got some reinforcements in the form of a squad of Paragon war suits. When the Grey knight nemesis dreadknight came out I was not a big fan of the design or the idea of strapping a marine to the front of a walking suit (almost like a penitent engine). But when the Paragon war suits for the sisters where presented I was all aboard. I think it might be that the pilot is more integrated into the suit rather than hanging of the front the makes it more believable. They have stolen some ideas from Japanese manga where these types of suits are not the uncommon with the arms of the pilot sticking out of the sides. I understand that the arms of the pilot has to go somewhere but this solution with them sticking out like this can not be a good idea from a survival point of view. But then again, it is a game and they look cool so why not. 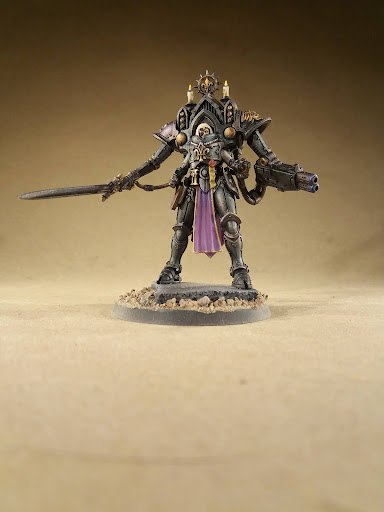 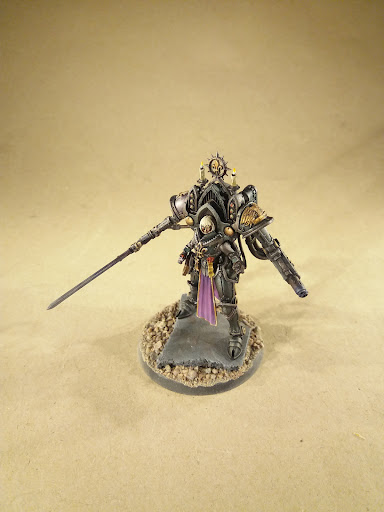 GWs range of models does vary quite a bitt in complexity and I think it is soon time for them to start putting some ratings on the boxes. One for the complexity of the build and one for the complexity of painting. These models where quite fiddley to assemble and I needed to paint them in quite small units, but if I had not done that the painting would have been difficult. Over all I get the impression that the plastic sisters are not for the beginner modelers as there are so many small parts to assemble and paint. 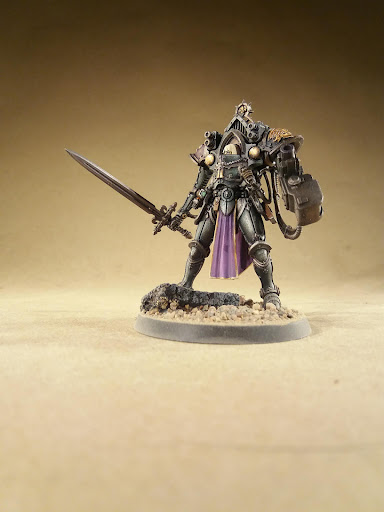 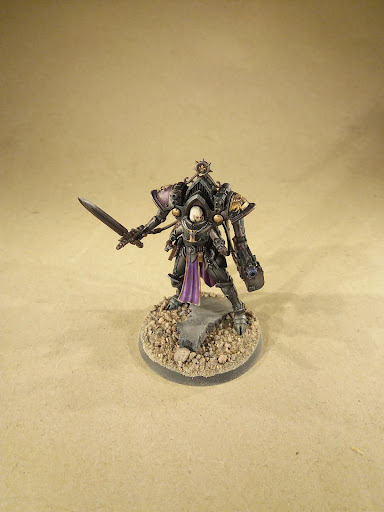 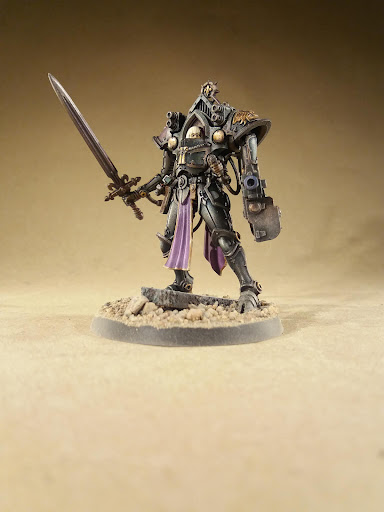 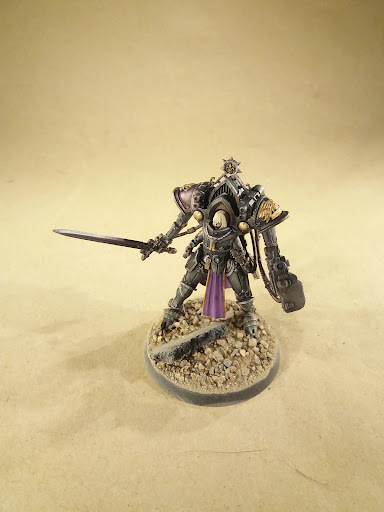 As the rest of my sisters the models are mostly drybrushed, only the faces are painted traditionally. As with some of my later models I am using a green undertone for my black metallic, just to give it a bit more depth than just a white metal washed black. The green was really bright and vibrant before I added the last layer of black so it got me thinking that I might need to do one more suit but make it more like that to make it pop, perhaps the high lord? The tabards where painted purple to go with the rest of the sisters metal and purple theme. On the back there are relief borders, but on the front there are only very thin and weak indications of a border and I do not think I have seen any one actually painting the borders on the front, but I thought that the colour symmetry would be better if there where borders both back and front. for the rest of the model I thought that the metal was good as it were and I did not do anything more to it than what was created in the first dry brushing step. 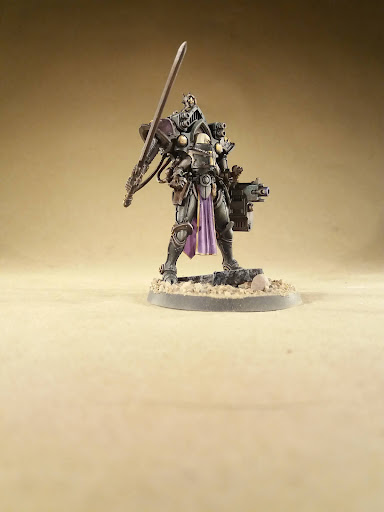 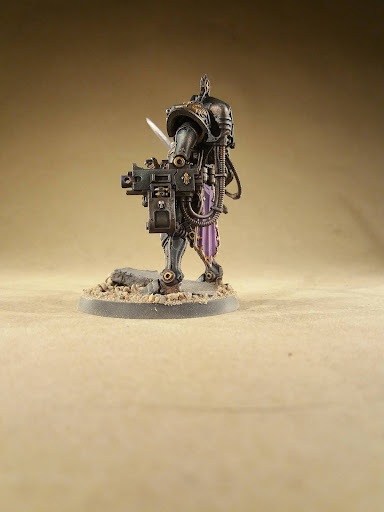 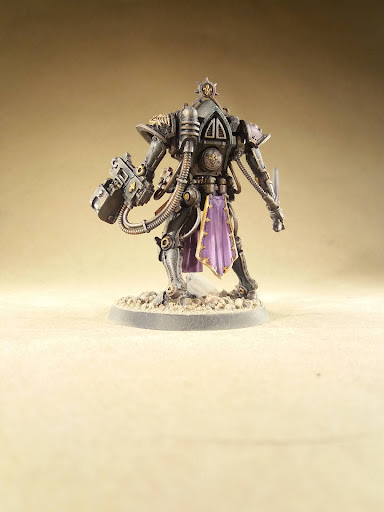 These models were fun to paint and even though I did three of them in parallel it was not to difficult, just had to keep track of which sub assemblies belonged to what model. This dry brushing scheme really lends itself to batch painting.

Now I really need to get back to sculpting on Fenrir. 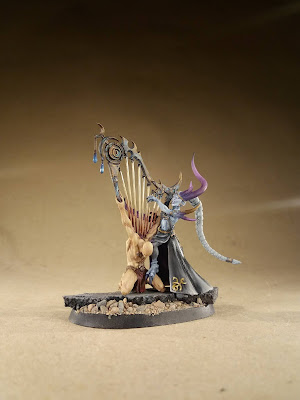 This year I got the Infernal Enrapturess from my wife for my birthday. The model was somewhat delayed due to Brexit and Covid so the model did not arrive until well after the day, so my usual birthday model painting did not take place as usual, but instead I have slowly been chipping away at the model for some time. It has taken a lot more time than I thought, but not due to the complexity of the paint scheme but due to problems with the paints and the techniques I use. For some reason the base layer did not stick to the spray paint that I used on the plastic. This meant that as I tried to get nice and even blends using dry brushing I wore away the paint on the raised edges, leaving black marks all over the model. To fix this I had to go back and repaint the base coat, which then has a completely different tone to the already drybrushed areas, so I had to restart the process which then ended up with the same result. So I think I have painted the model at least three times before I got to this stage. Once I got the paint to stick more or less I had rally lost the mojo for the model so it has been sitting around my painting station, just waiting to be finished, which is really sad as I do like to paint the models I get form the wifey. 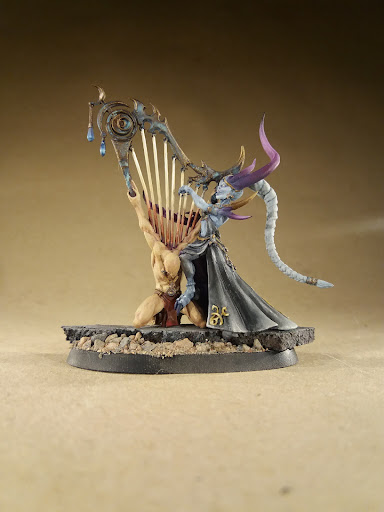 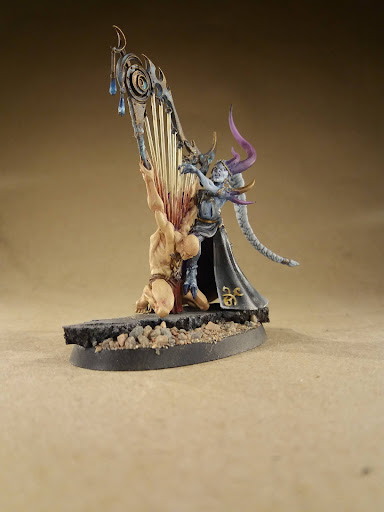 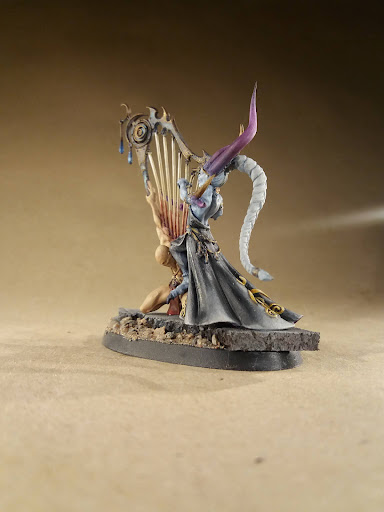 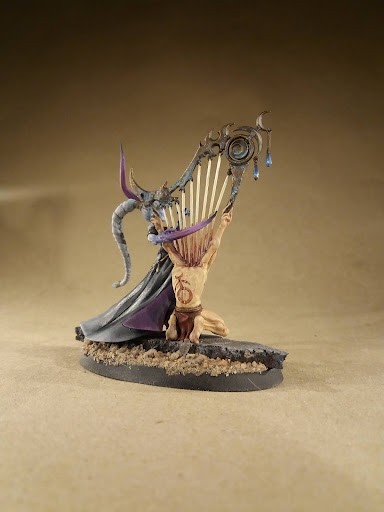 From a design perspective I think the model is excellent. It has a very dark vibe to it while still being very elegant. I am however no so sure about the face (and the faces of the other demonets), it is not as seductive looking as one would expect form Slaanesh demons, not like the old metal ones that had more triangular faces, and not as masculine as the current range. But one can not get everything, and considering that it was rumoured that Slaanesh needed to die because he/she was to sexualised ( which was harmful for children), I get that GW needed to done it down a bit. So overall I was pleasantly surprised that the dared to do this model and now that it done I am very pleased with it. 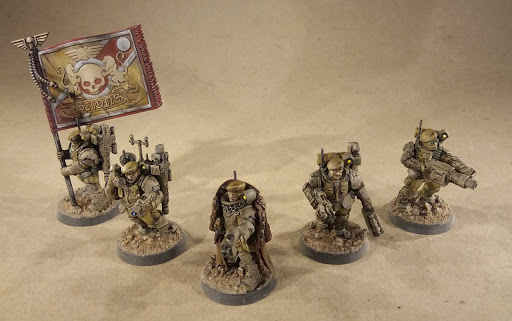 This week we finally got some rain, which incidentally meant that I got some time to finish of some off the models hanging around my to do shelf. In this case it was the Scion command squad. The squad has the same basic modifications as the other squad with cargo pants and chest pockets but apart form that are pretty standard builds. I opted to give some of the models a las rifle in addition to their other equipment's so that they can take part in the action when not talking on the radio, waving with the flag or patching people up. The paint scheme is the same and are done as a all in one paint job where I first colour in all the different colour areas and then drybrush everything in one go...  it is a quite nice way of batch painting as I do not need to be to tidy at the different stages. Next up for this army will be the two vehicles but that will have to wait a bit as the to do shelf is not completely cleared of already assembled models. 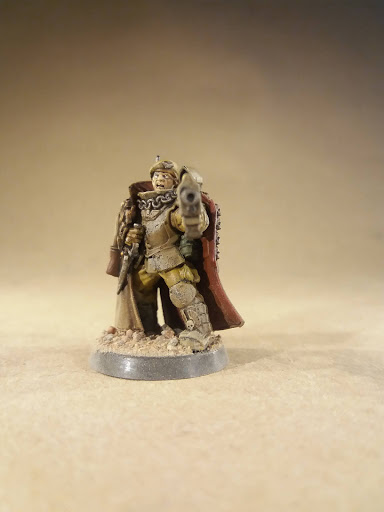 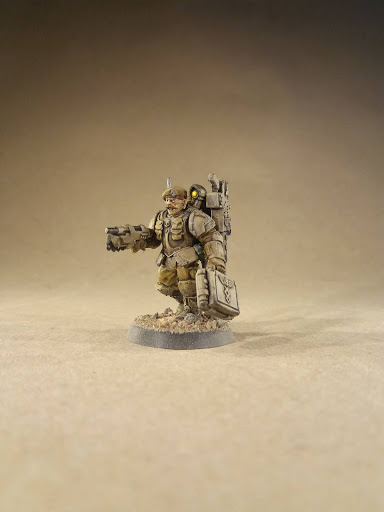 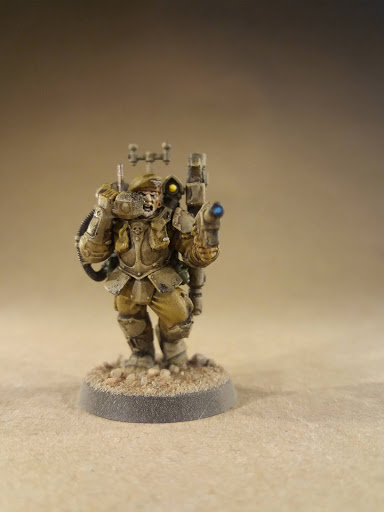 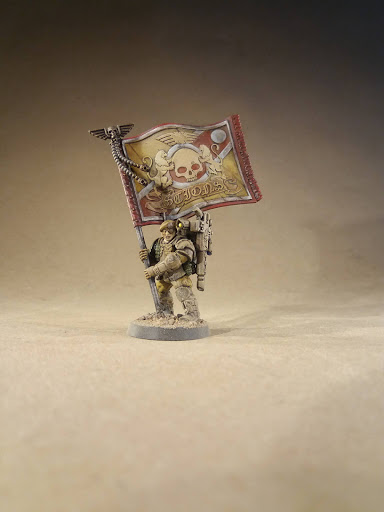 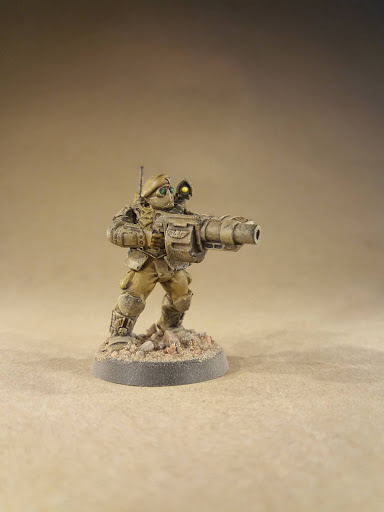