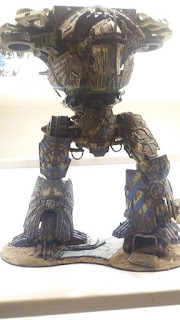 I have finished some more of the panels on Varangian but I am no ware near finished. This model is just a beast, there are so much things to paint. I do not understand how people can pain this thing in just a few days. Apart from that I am happy with how the torso shields turned out. The wings sweeping back along the body really gives it a more sleek look. And the neck armor really works with out the inner part. Now I just need to finish all the pipe work on the body before I can start with the interior. And as far as the interior goes I have finished all the panels, which I will show in a later post. 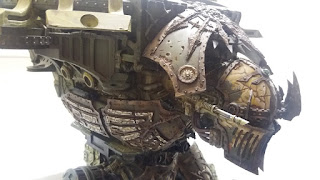 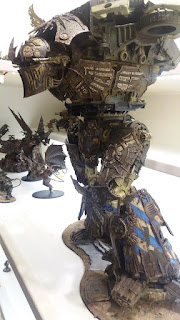 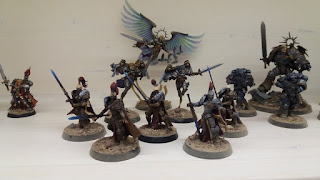 As we have had a real streak of nice weather here about I have not had much time to paint as most of my spare time has gone into shifting big boulders in the garden. But before the weather struck I had managed to finish of my squad of Sisters of Silence. I already had one painted from a long time ago so I just made the rest the same way except for the sister superior who got some white gray armor instead of the golden that the rest of them have. I sort of remember this from Beast series that the characters in the Sisters of Silence armies have different colored plates then the rest and I thought it might look cool.  It is just the five man (women) squad from the burning of Prospero so I had no real intentions of making this into a legit army so I was not to concerned about if the squad is playable or not.  But if the plastic battle sisters are released I might have to see if I will not make some additions to this so that it is filled out to proper strength. 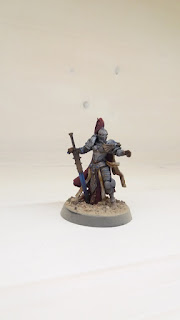 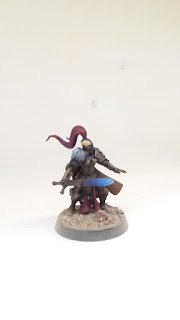 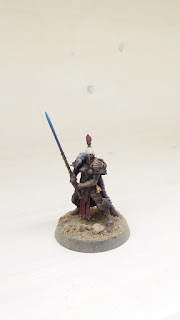 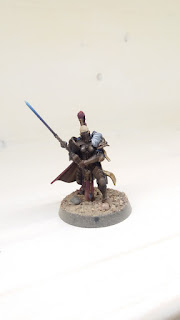 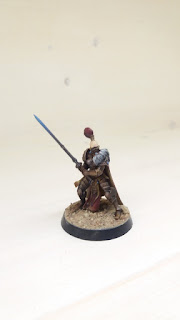 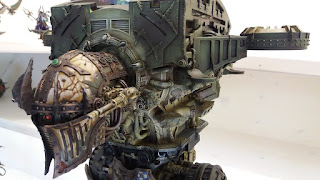 So, after finishing the head from Zed I decided that it was time to start with the body box. This is a huge piece and there is a lot of detail. There was no way of doing the whole box in one go so I had to break it down into manageable areas. Since I am dry-brushing it also meant I had to wash the whole box in-between areas and wait for it to dry, so very time consuming.  I also decided to break it up using the two shades of green that has been a comon theme through out the titan. In the end I managed to get it done to a pre-weathering stage in a surprisingly short time compared to what I expected. Now I need to go back to each area and add chipping, streaking, rust etc. But now I can see that I am really making progress. I need to finish up the armor panels so that I can start painting them. 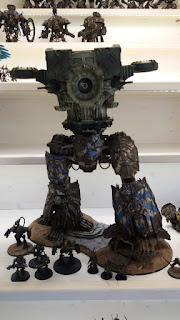 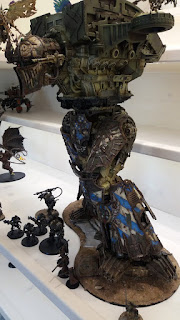 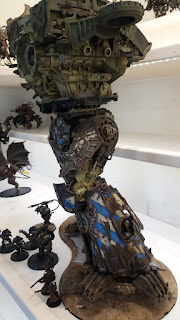 The head from Zed 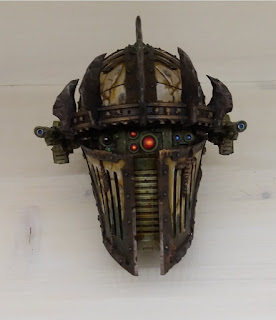 When I had just bought my Warlord I was complaining (alot) about the head choices available. At the time there were only two and for one of them you had to visit the GW head quarters. Of course I wanted the one only available at headquarters...  After asking Forgworld about if it was possible to get it with out spending the same cost as the titan to go there they more or less said that it was that or ebay. Luckily a fellow blogger read my post and offered to get one for me as he was anyway passing by GW (which I am very grateful for).
After checking my blogg back log I realized that the head was actually built more or less as it is now already in dec 2016. Well almost one and a half year later it is painted. As per the Northern Ghost scheme it has a bone white face paint over a green base. To show that the bone is painted on and not meant to represent real bone I made it so that it is flaking away. I tried to get the flaked areas to make the bone look like a skull, I don't know if it comes across or not (the crown hides the effect I think). I also decided to brake up the dark forest green with some areas painted in the more yellow "primer" green that I have used elsewhere on the titan. I think it gives it more structure without being to over powering. For some reason I received an extra pair of lascannons with the titan body so I thought it would go with the chaos theme to add some head weapons. If I remember correctly this was not an unusual option in the old epic game.
The crown of command is painted to match the bronze borders of the armor plates but the blades are in a rusted white metal to give them some distinction. I am not sure the the "eye" lens looks ok. On my Reaver I made the lenses so that they look more like eyes with an iris. It might look strange when there is only one, but as it is now it does not have enough character. I will let it sit for a few days and decided if I will re do it. 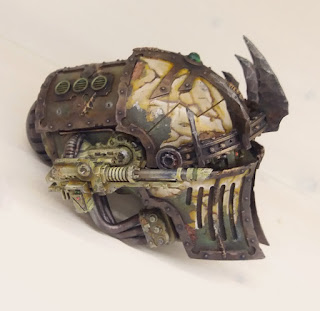 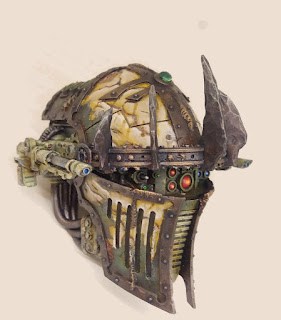 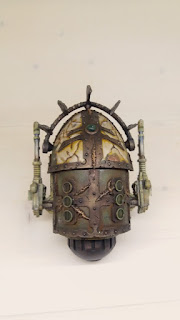 The inside is painted in the primer color and painted to look dirty, rusted and worn but that is as far as chaosifications that I did. I had already assembled the head and there is so much detail in there that I did not think I could add anything that would not look to clumsy. I will see if I will do anything to the crew but I think that I will come to the same conclusion as for the interior. We will see if FW makes a chaos head at some point and if it can be bought over the internet and looks ok I might do something about it. I still have the original head that I bought with the titan, so I might do a brand new look Northern Ghost of this at some point. 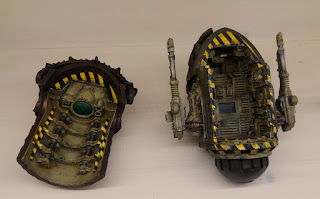 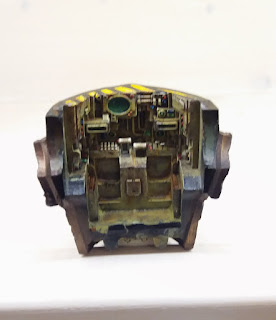 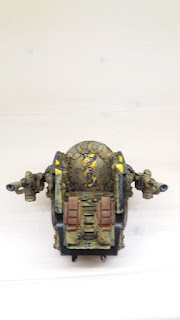