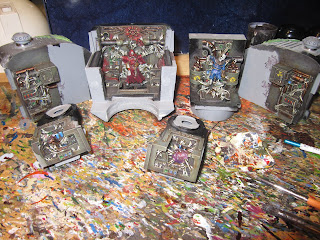 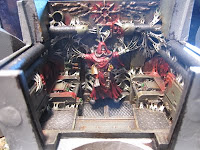 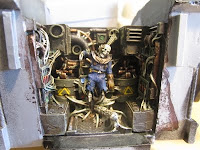 So I am unstuck. After last weeks blog I was a bit beaten but I have recovered. After a few evenings of painting I finally managed to get the insides of Wolfish Perversion painted and have now started to assemble the parts. As  soon as the glue is dry I will start pinning and then I can assemble the rest. As I felt good about the progress with the warhound I decided to give myself a treat and paint up the knee pads for the Reaver. Once I get the upper body mounted on the legs is is time to start cleaning up the weapons so that I can mount the arms in the proper position. I hink I will alos do the reaver weapons at this point as I will be needing them as I start to pose the Reaver. Well this will be all for now. Hope fulle things will go a bit smother now. 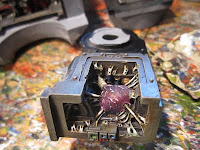 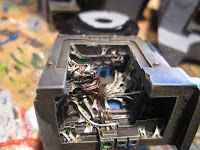 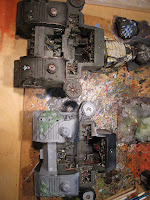 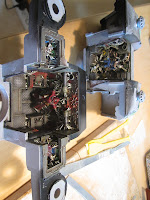 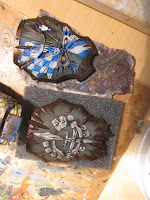 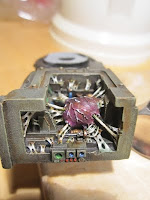 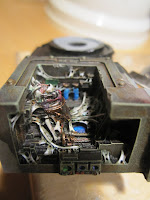 So it happened. I knew that eventually it would, but still it is a bit saddening to be right. I am stalling. My hopes for the summer was to get some real painting time with the titans and move them forward but other thing got in the way and at the same time I got to a point where I need to paint something which I dont like and then I start to stall. I am currently painting the inside of the last war hound and it is a pain. At this point I am just trying to get it done, which means that I am not painting at my best and as It will be almost impossible to do some thing about it later on I am stalling even more. So what is so bad with the insides. They are horrendously detailed and hard to get at with a brush, and there are tons of web growths all over the place. The first time I did it, it was new and fresh but at the end it started to feel stale, and now... it is just a pain. So I am making slow progress now, hopefully I will get it done without messing things up to much. After the insides are done I will have to go back to some green stuff work as I will be moving on to the armor platings and such. I will also revisit the head of the reaver, ad some new ideas that I have and then paint it as sort of a bonus for painting the insides. As far as insides goes, the reaver is much nicer as it is more clean, not so much detail and the best part is that the servitor panels are removable so that you can paint them separately and the rest of the model is also easy to access before assembly. I will also start assembling the reaver weapons and the weapons for the last war hound. The war hound weapons will be straight forward but the reaver will need some work. I made them removable using an M5 screw, This makes it easy to remove them and the screw will holdup, but since the area of resin holding the weapon assembly is much smaller than if I had glued them in the sockets I am a bit worried that the resin will just fracture. So I will have to come up with some way of reinforcing the resin as well as spreading the load over a larger area. 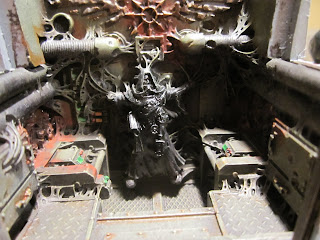 Well I am still here working along on my titans and I am sure that I will once aging pick up some momentum and get them done. We are soon coming up on the one year point of the project and this blog so it would be nice to have all the titans on their legs looking hungry.
Upplagd av Agis kl. 13:23 Inga kommentarer: