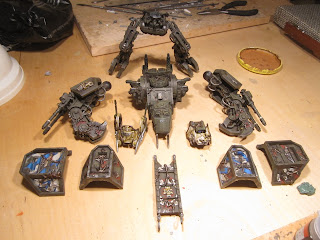 Somewhat unexpectedly I have found some time to paint on my CCW knight. The process of building our house is starting to tell, so I am not sleeping very well and with two cats that wake me around 4 am I have found that since I can not fall a sleep again I can paint. So during some nights lately I have been chipping away at my CCW Knight and now it is starting to get ready for assembly  It is still not in its final pose but it is close. There might still be somethings that I have forgotten to paint and some things that might not have turned out 100% on a early morning shift of painting.

So now I will see if I have to start a myrmidon or something so that I have something to do instead of sleeping. 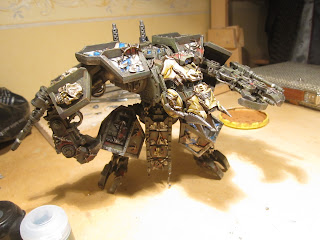