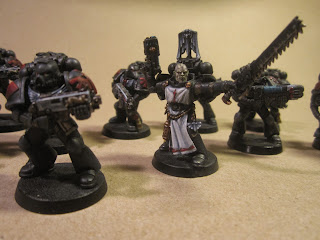 I have taken a short break from the large projects of Opus Magna and the War bird builds and instead painted up the tactical squad from Dark Vengeance as fallen dark angels. I am particularly pleased with the sergeant as he looks suitably corrupted. The paint scheme is also better as I use Badab black instead of thinned down Abaddon black as the final was after grey dry brushing. This really give the black some depth while not having too sharp edge lightings. Well I am actually so pleased with them that I might consider painting more black guys. Now I will try to finish of the War bird build so I can start painting. And then I will clean up the opus a bit so that I can get to start on the detailing of the bottom. 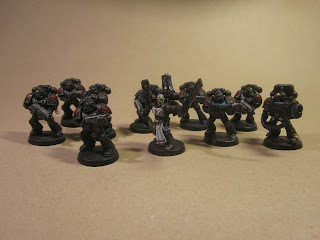 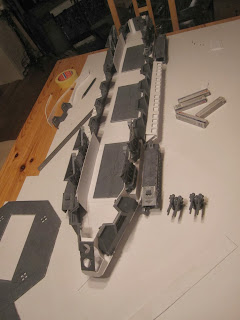 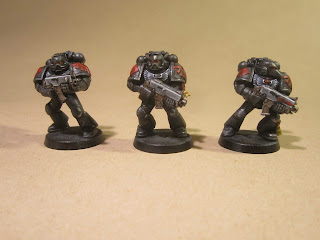 Hmmm....  usually I do not post this much but since I have treated my self to a hobby weekend I might as well post the models I finish. This evening it was a trio of fallen Dark Angels based on the Dark Vengeance marines. They are sadly not the most inspiring models and their 3D sculpt and click together design does make for some rather ugly under-fills and a lot of missing detail, so for the firs time in 10 years or so I batch painted these models rather than doing them one and one. Painting black is a pain but I am fond of the colour scheme and they do look very god in a group. I might have to try to paint some normal models this way and see how it turns out when everything is not one big peace. I might even get some real FW models but we will see.
Upplagd av Agis kl. 14:25 Inga kommentarer: 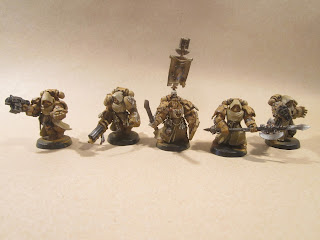 Parallel to all my other work I have been painting some more Desert Eagles. These are in master crafted power armour. I used the Dark angels upgrade frame for the bodies and some left over terminator arms. This gives them a more bulky feel without actually being terminators reflecting the terminator save. I am quite happy with them but some of the power fists have a very strange pose. I still have some more bodies and if I get more arms over I will expand the squad alternative making a new five man squad.

I have started to GS the underside of the Opus but I will wait with pics until am done. I have also made some test assemblies of some of the weapon systems which are looking suitably menacing. 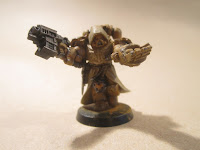 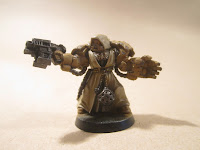 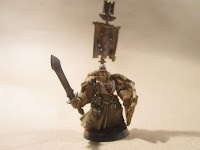 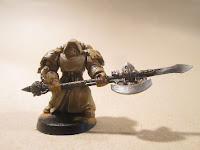 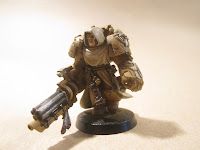 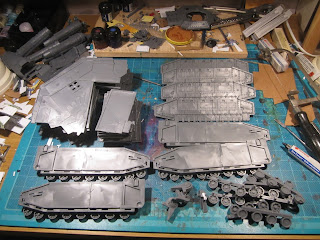 This week the parts I ordered for the Opus Magna arrived. I did not have time to do anything with them until tonight but now I got started. I have put the track units from the bane blades together and also started with the deck as I will need it to get all the supports at the bottom into the right place. I also cut out the centre parts of the sky shield landing platforms as I will use these as lifts for air crafts from the hangar deck. The elevators will be grounded at the bottom floor and I need to get the floor plan done so it all comes together once I get to the top. I am starting to appreciate the size of this thing. The track units look quite small compared to the rest. But I think that in the end it will look rightly proportioned. I am trying to keep track of the number of parts, GW parts, that I use for this build and I am currently at 42. I will keep working on the build during the weekend and hopefully I will be back at the end and show you what has been done. 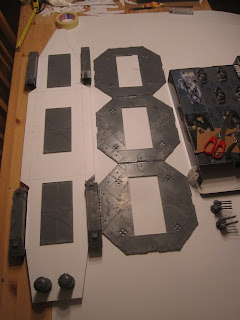 Update on Opus Magna and Warbird 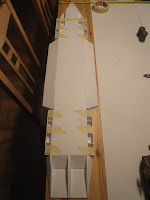 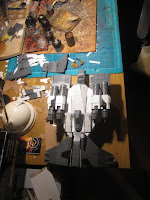 This will be just a short update on what is going on. Last week I put the Opus Magna bottom board together but the rib frame was not even which resulted in the top of the board being bent, which of course has the result that anything built on top of if will also be leaning. As the bottom board will be the base fore everything else this could not stand. So I had to pull it all apart, and even if it was not a solid glue, it was some hard work to get it apart. Well, that means one step forward and one back, so the Opus is mostly where it was last week. I have started to add the side coverings and done some initial grinding to get is even and smooth. One thing I learned from the Warbird/dropship build is that you can not get a nice sooth structure from scratch. It is actually quite like painting, you have t
o lay down a base, which will look bland and sometimes not to even, then you start to add layers, to give it texture and cover imperfections in the base. So once I get most of the rough parts on to the base I will put some green stuff in to cover the gaps, sand it down and then start adding details to break up the large surfaces and cover any gaps or uneven parts in the base structure. 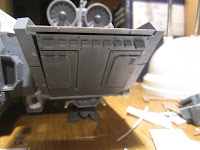 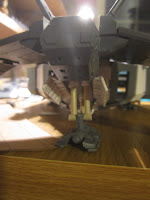 Talking about adding detail layer to the base, that is where I am with the Dropship, it is actually where I was at the beginning of summer, and where I got sloppy. It is ok to be sloppy while building the base as this will mostly be covered, but you cant keep on like that once you get into detailing. That's the reason for me building the Lord of skulls as a break from the dropship. Well now I am back working on the it. I have added some texture to the back plate, added the air intakes, shored up the engine cowling and added the doors to the landing gear. I am also working on the inside. The CIC is mostly done, I just need to add some texture to the VTOL manifold and it will be done. It is my first try to build an interior of a model and it is not quite straight and symmetric but it will have to do. On the Opus Magna I will have to be more careful about this aspect. 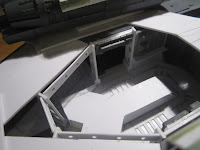 Apart from building I am also squeezing in some paint time, mostly on my master carfted power amor unit which is almost done. For now I give you a WIP shot of the comander but as soon as his is done I will put up a post with the full squad. 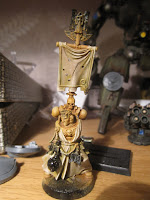 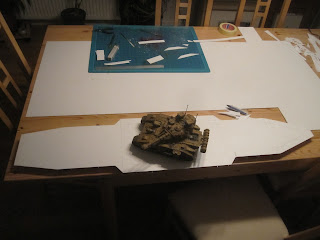 Just a short update. After removing the books from press gluing the Magnas bottom plate I thought that I would give you a scale shot for some reference. All in all the plate turned out ok, I could certainly been more diligent in the fitting of the ribs, there are quite some gaps and the structure is not 100% straight, nothing to obvious, not on this scale anyway. I do not think I will break it apart since most of it wont be visible once the side covering is on but I still know and the structure will be less durable. I have to think on it.
Upplagd av Agis kl. 13:08 1 kommentar: