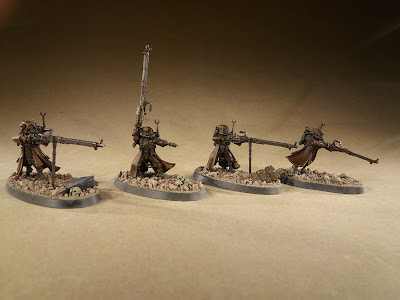 This week I have done some clean-up of the workstation and cleared out some models that has been hanging around in the background for some time. When the skitarii set was released I bought a box and painted up most of the models, including one carrying the transuranic arcebus. I like the idea of the long sniper rifle but was not convinced by the model, the goofy recoil dampener and the support stick did not do it for me. So I left out the stick and mounted the model on a normal round base instead of the oval one that comes with the model. 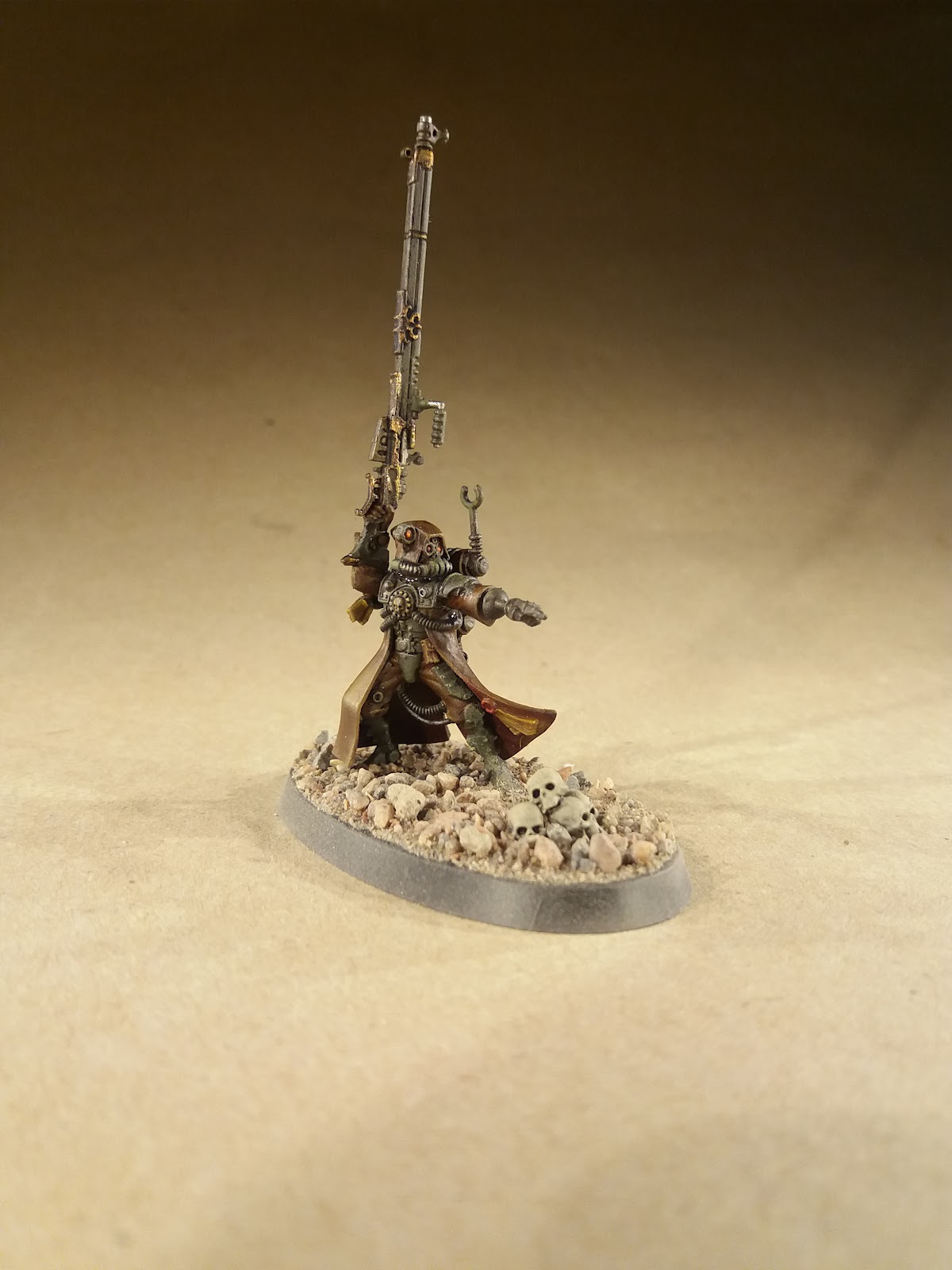 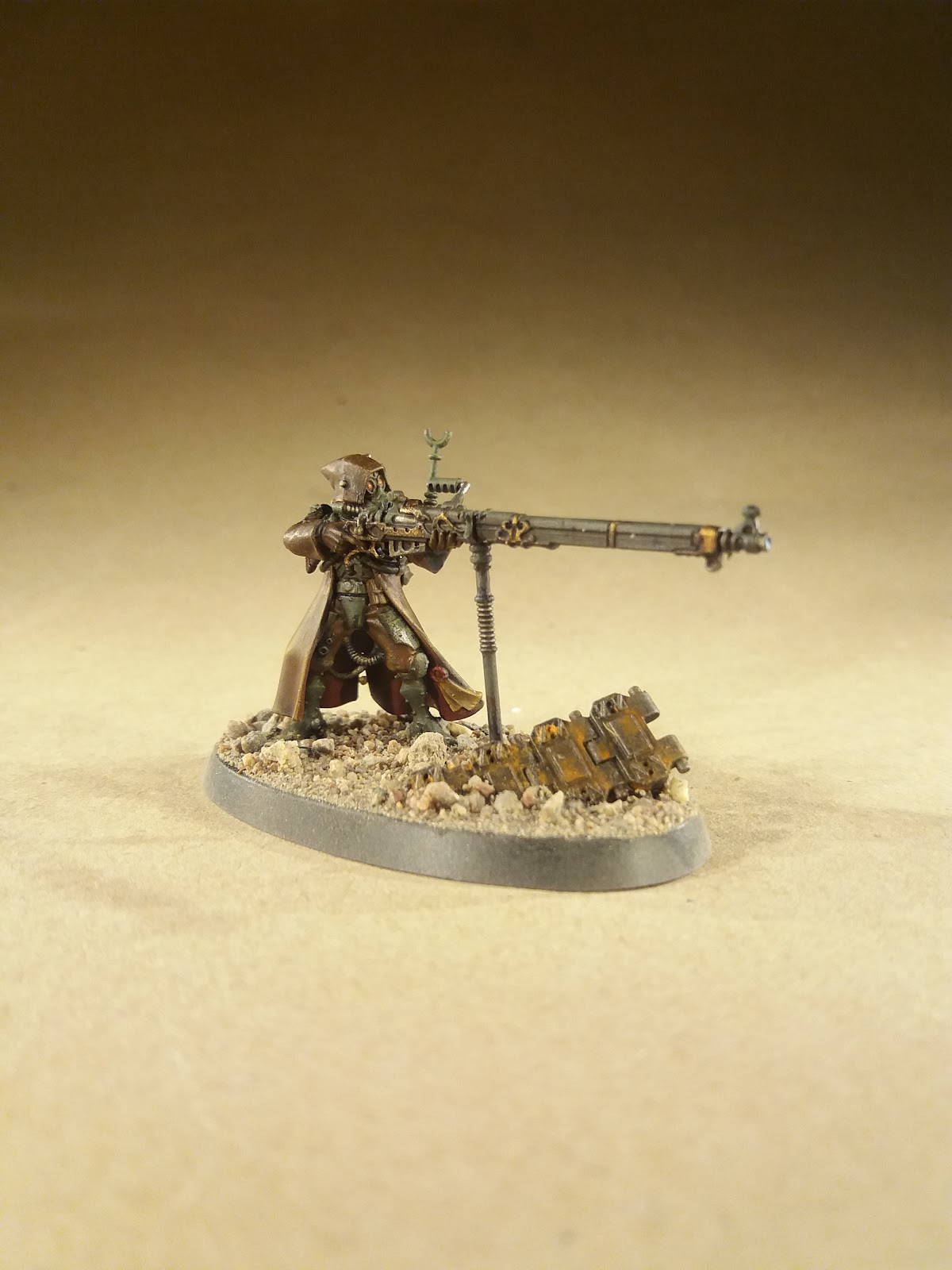 But I was never really happy with this. As I collected more ranger squads through some starter sets and other boxes containing skitarii models I sort of started thinking about this again. According to the rules two models in the squad my have alternate weapons and if the squad numbers ten then three may take a special weapon. I got the idea that it might be cool to have two ranger squads with two arcebuses in each but I never really made it so the two squads I started by splitting of some of the original squad have been sitting around by display case unfinished. 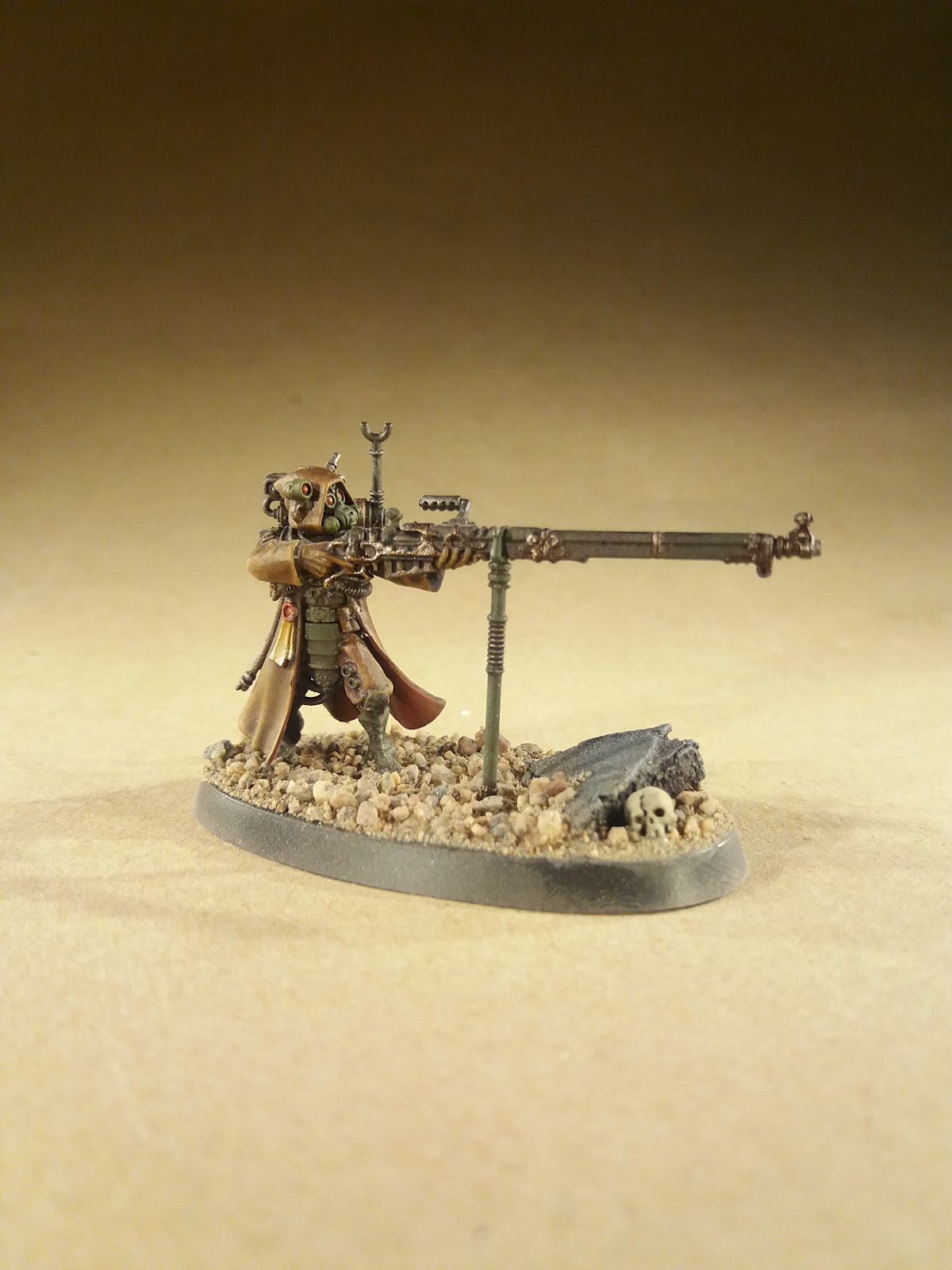 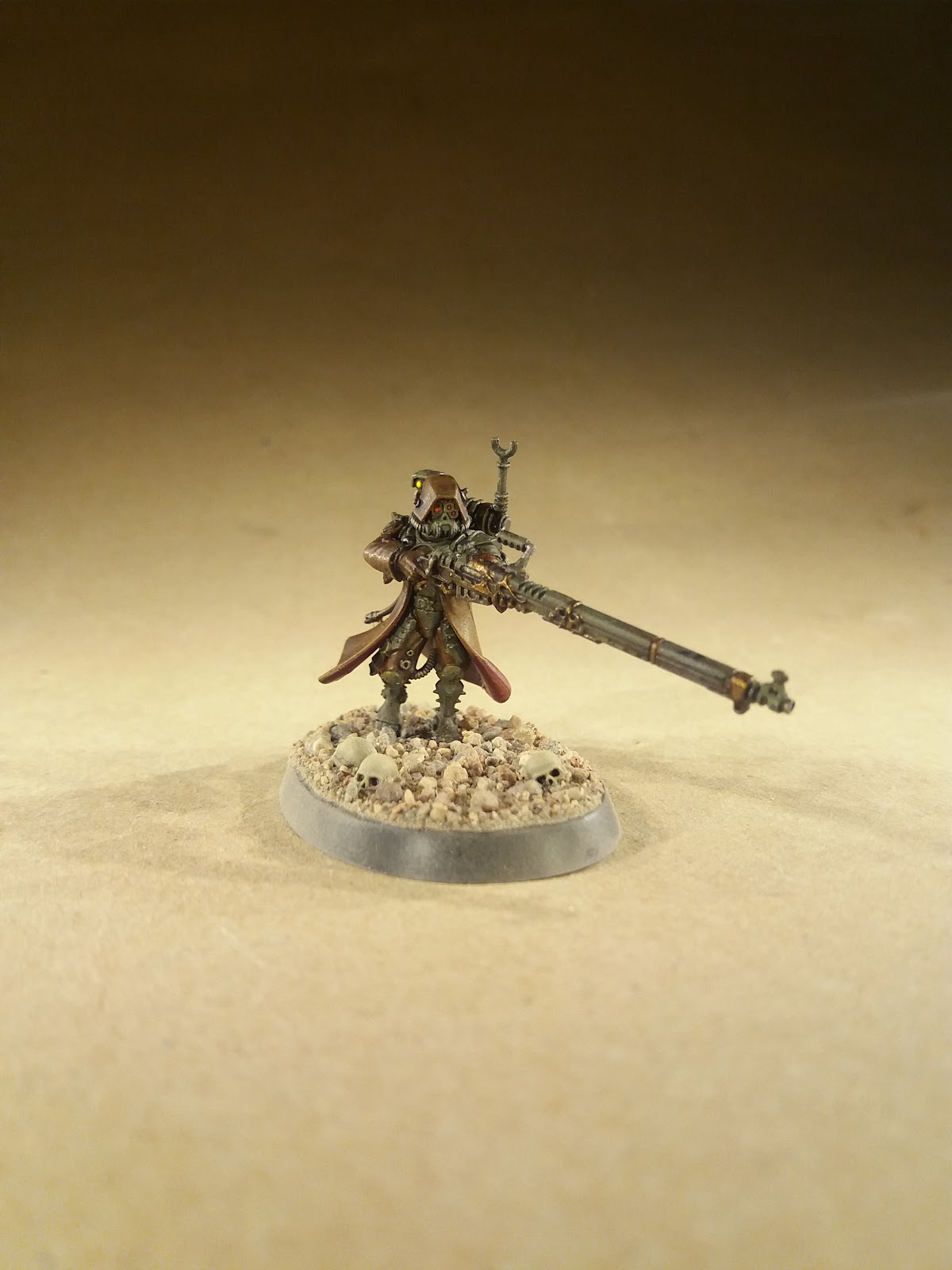 Then a couple of weeks ago I finally decided that it was time to finish of these two squads. So I built the remain models and removed the original from its round base. The arcebuses got some modifications by the removal of the the recoil dampeners. I tried to mount it more like what a real version might look like but it did not work. I also used other bodies for the skitarii than the one indicated in the build guide, just to make them look a bit different, but it is not easy to get it right as the arms are intended for a aiming pose. Two of them got the sticks while the other two got some alternate poses so did not need them. Then I started painting, but I stalled and these just sat on the desk but with out any real progress. I do not really know why I have problems with these models. Might be that the two main colour fields are so interlocking that it is difficult to paint well? Could be all the filigrees on the rifles...  I do not know. And I still have two more squads on the frames. At least these will be a bit different as I also have upgrade packs from forgeworld to make hoplites and pelestas.

Apart from the arcebus wielding skitarii I also finished two normal rangers and one with a plasma caliver.