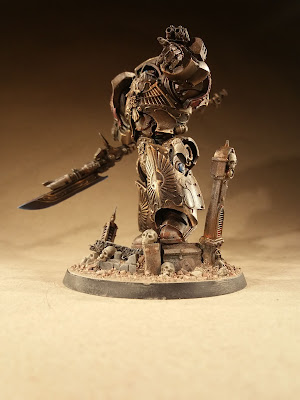 Ops, I finished my Dreadtober dread, the Custodes Achillus dreadnought, early. If only I could have this pace on my other projects I would get so much more done, not that it would make a dent in the to do pile as I am sure I would manage do fill it up at the same pace anyway. Well, this was such a fun model to paint that I could not stop, I just had to keep going. All in all it was not that long a project... 10-12 h or so in total. I am really happy with how the metal turned out, it almost lock like a NMM attempt even though it is just drybrushing with some final edge highlights. One problem with the edge highlights is that it turned the rest of the model dark, or at least the appearance became darker as I added some distinct shiny parts. The overall simplicity of the paint scheme, gold and silver metal, meant that once I had the base coat of metals down there really was not that much more to do. Just paint some blue stones and I was done. The base was also pretty simple with some metal, stone and skulls. Not to advanced and was quick to drybrush. 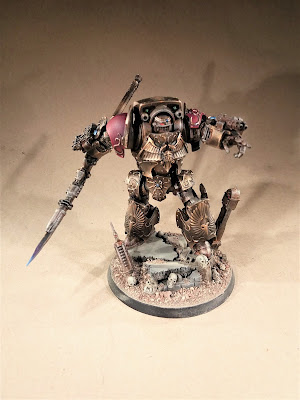 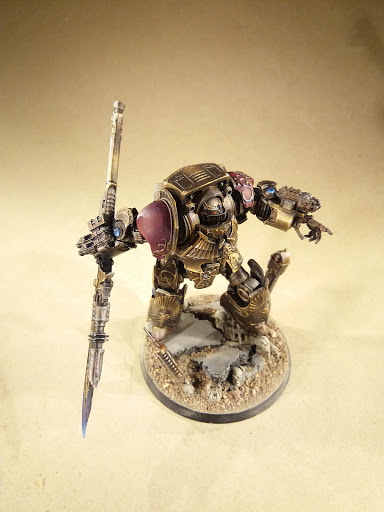 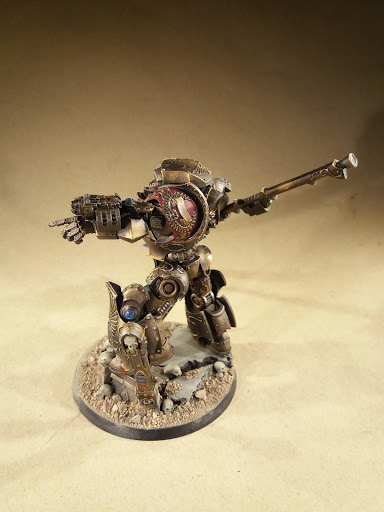 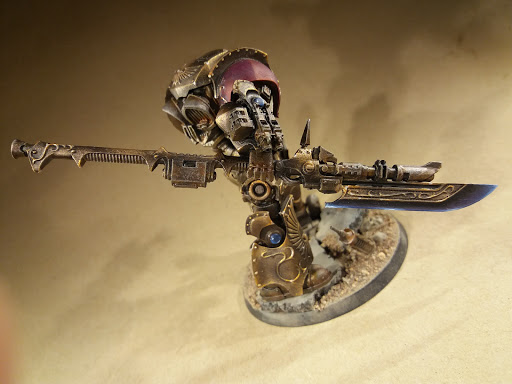 My Custodes "army" is not that large but I like how they look together. 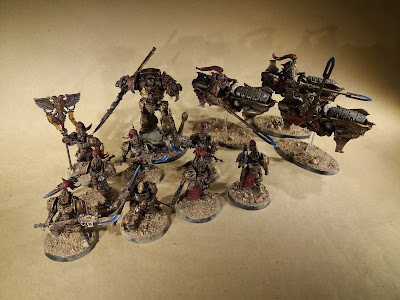 This rather quick build and paint job has left me with out a dreadtober project for the rest of the month. So I will add a stretch goal. I have for some time worked on a gaggle of Armiger for my Northern Knights. They have been sitting around my desk and to do pile for some years know so I might just take the opportunity to include them in the challenge. There is just the one left of the initial six Hellverins and this one will be done at the end of the month if not sooner as I only have the armour left. I will also do all six bases. That should leave me enough to do... and if I for some reason finish these off I have more on the to do pile so I am sure I can keep my self occupied.
Upplagd av Agis kl. 10:39